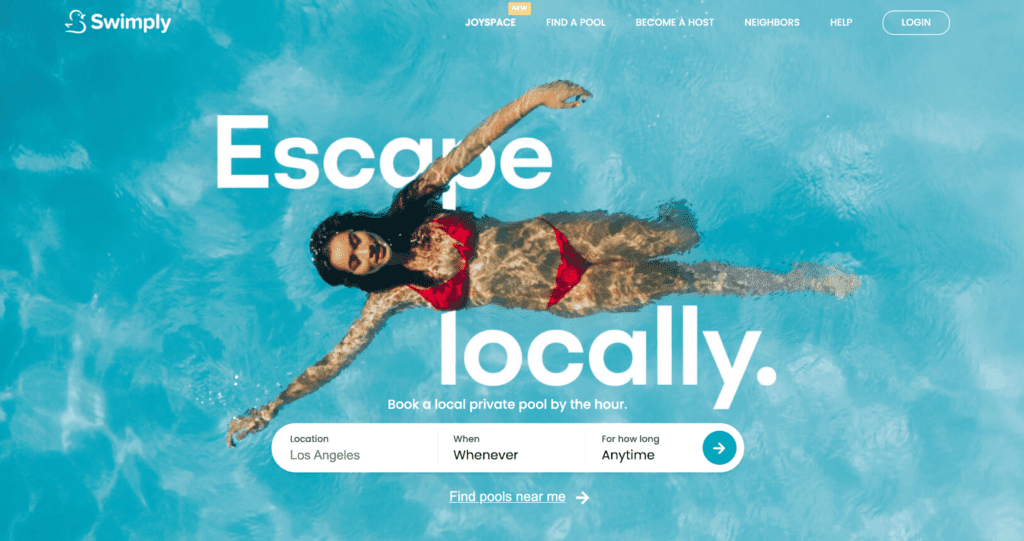 Swimply is an app that connects people who have pools with people who want to rent pools.  The pools are rented by the hour at an average price of $45 to $65.  Simple proposition but powerful business model for the sharing economy theme set per a recent story in Techcrunch.

$40M financing.  They just raised $40 million in a funding round led by Mayfield — and that comes just seven months after a $10M financing. The round included a number of top investors, notably including Airbnb co-founder Nate Blecharczyk.

Impressive growth.  Co-founder Bunim Laskin said back in May that Swimply was seeing “seven digits a month in revenue” and 15,000 to 20,000 reservations a month.

What’s next in 2022.  Pools are only the beginning.  It plans to match people with other “passion” spaces like hot tubs, tennis courts, large backyard spaces, rooftops and indoor gyms. This leads to an indirect sustainability component in that actually using underutilized spaces instead of building new ones that comes with discouraging new construction.