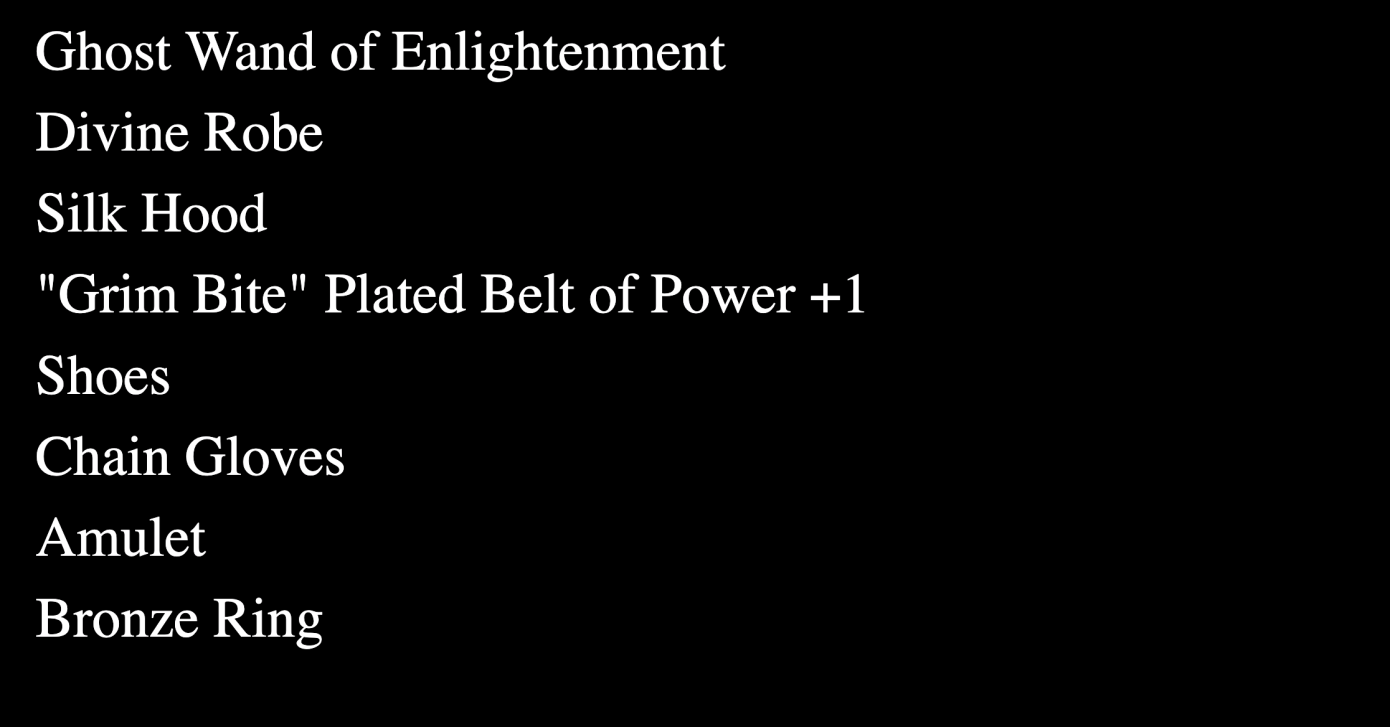 The picture above is a Bag of Loot that sell for tens of thousands of dollars.  A list of Dungeons & Dragons style items selling for $$ thousands?  I mean, we knew NFTs were frothy, but this is literally just a plain text list of “adventure gear” set on a black background.

It would be easy to dismiss Loot as just more mindless speculation on NFTs and say “Oh well, that’s just more NFT [nonsense] [drivel] [BS] [hype] [choose your favorite epithet].”  But let’s take a step back and see what’s going on underneath the hood.

The Launch of Loot with a Tweet
Dom Hoffman is the founder of the short video app Vine and a fairly prolific software engineer.  He launched his latest creation a few Fridays ago, on August 27 with a tweet: 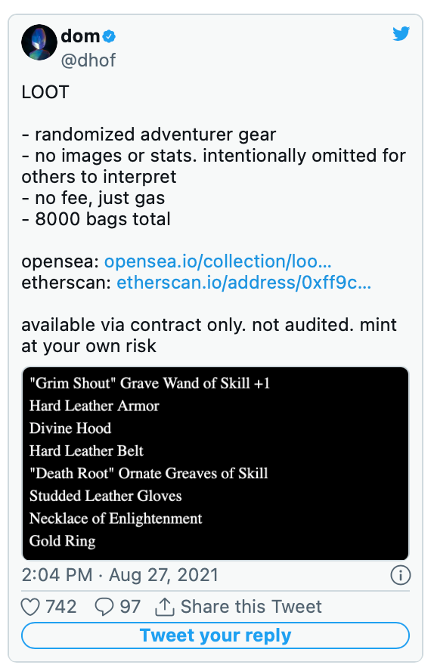 The 7,777 bags that Hofmann offered up for minting were all snapped up almost instantly.

The bags of loot were offered for free – recipients only had to pay the gas fees associated with minting them.  More on this later.

What happened over the next 5 days after launch is pretty amazing:  Coindesk reported last week that the Loot bags were resold for $46 million and had a collective market cap of $180 million.

There’s a lot of community building happening on top of Loot
The price appreciation was only the first shocker…a few days after launch, an entire community of builders and add-ons had been created.  Community members included some of the who’s who of the crypto/Web3 community and were doing stuff around Loot like: 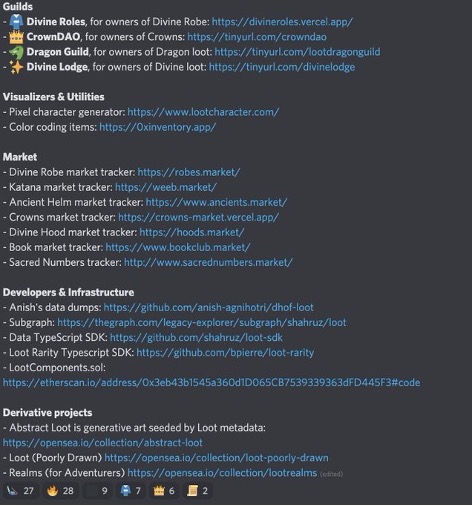 Is this the successor to the Marvel Cinematic Universe?  Hmmm.

The frenzy of creative activity and building happening around the project has got some people scratching their heads and throwing out pretty big game on what’s really going on here.

Dylan Field, the founder of billion-dollar company Figma tweeted this:

Kyle Russell expanded on this idea in his piece on his Substack, writing about how the Marvel Cinematic Universe started with a bunch of characters created in comic books that gained cultural awareness over time.  Marvel then took out a billion-dollar loan to create movies out of them:

“This all happened in a top-down, corporate, mass-production context. A few creatives at Marvel did high-leverage work on a freelance or in-house basis, printers made a ton of copies and a supply chain got those issues to comics shops and dime stores across the country. Like dominoes, Stan Lee thinks of some new superhero (pitch: this guy’s not a hippy, he’s a weapons manufacturer industrialist!) to five decades later, Avengers: Endgame and Black Panther warp the definition of blockbuster forever.

But what if someone wanted to create an MCU competitor as a community, instead of going head-to-head with Disney?

Ok, well we will have to wait and see if that’s how big Loot can get…

Dom Hoffman gets the last word:
“At the end of the day, these are just items on a list. It’s just what people do with it and how they ascribe value to it. And value doesn’t have to be a dollar amount. It can be many things.”