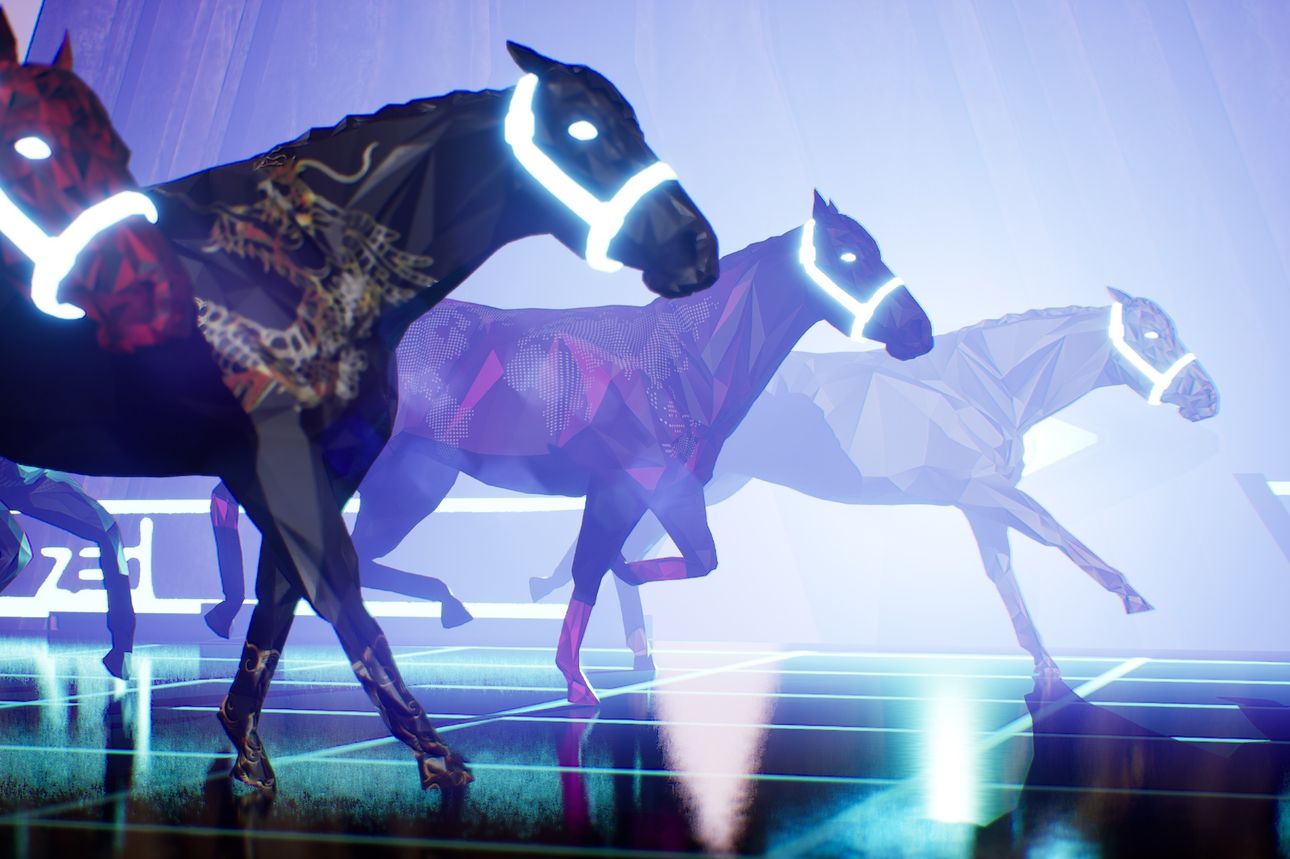 Australia-based Virtual Human Studio or VHS for short (nope not video tapes, remember those?) wants to reinvent sporting events in the era of NFTs and the metaverse.

VHS’ first platform product is Zed Run, which lets users race virtual racehorses in a video game-style setting against other horses as well as buy, sell and even breed them (more on that last on later).

Horses can be purchased for $130 to $45,000 based on their programmed characteristics, and they can be run in races to win real money. The top three finishers in each race are paid prizes in Ethereum.  Players can also make money selling horses – one player sold his stable of racehorses for $252,000; another made 125K from the sale of a single stallion.

Breathable NFTs.  Built on the blockchain, the horses are actually NFTs, but with an interesting twist – they are “breathable” which means that the characteristics of the NFT, and thus the virtual horse, can change over time based on factors like fatigue, racetrack preference, bloodline and breed which play a role in how well the horses race and breed.

Early traction.  The company was founded by Chris Laurent and Rob Salha in 2019 but has only recently gained major traction in the midst of the NFT boom.  They have logged more than $30 million in sales of digital racehorses, have 125,000 connected users and over 14,000 stable owners.

Series A financing.  Zed Run parent company Virtually Human Studio has raised $20 million to with TCG Capital Management leading the Series A round and participation from Andreessen Horowitz and Red Beard Ventures.

Breeding.  Zed Run reintroduced breeding to the platform in June, essentially recreating a world of stud fees online. There is an entire guide on how breeding the virtual horses works which is kind of fascinating to read.

Big name partnerships.  Zed Run recently announced a branded partnerships with Stella Artois and the Preakness.  The company also mentions one with Atari in a statement on its website – an auction of 20 exclusive racehorse skin NFTs featuring classic Atari games brought in a $410k profit.

“The funding represents a significant milestone that will allow us to accelerate the growth of Zed Run and showcase the revolutionary ways blockchain technologies have the potential to change the sports, entertainment and gaming industries by redefining the fan experience,” the company wrote in an email to users.