Everybody’s Talkin’ about the Metaverse 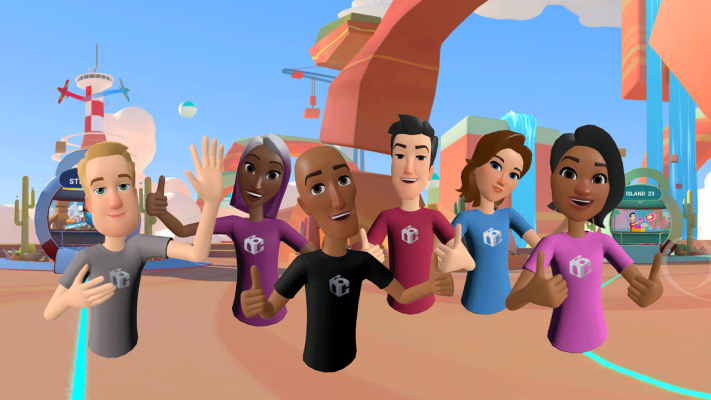 The metaverse is top of mind, again, so here is a rundown of the recent developments.  Is metaverse…a proper noun?  Should it be capitalized?  Oops, let’s not go off on a tangent.

Kicking it off…go ahead, Mark.
Zuckerberg explained it to the world on an investor call.

“What is the metaverse? It’s a virtual environment where you can be present with people in digital spaces. You can kind of think of this as an embodied internet that you’re inside of rather than just looking at.”  Hmm, sounds suspiciously similar to Kevin Flynn’s grid speech in the movie Tron.

Origins
There must be a reason all of these bigwigs are throwing around a 30-year old concept, or maybe not.  The term was coined in the 1992 novel Snow Crash by Neal Stephenson which also happens to be one of Sergey Brin’s favorite novels, along with You Must be Joking Mr. Feynman.  The first real stab at creating a metaverse is probably Second Life, the popular game from the 2000s.

Epic Games buys Sketchfab
Epic Games, the company behind Fortnite is likely the current leader of ushering in an open and interconnected metaverse.  They recently bought a company called Sketchfab, which is one of the biggest 3D content sites on the internet.  Users can upload their 3D scans of real-world objects on the site and sell them.  The site has over 4 million 3D assets and 5 million users.

Back in April, Epic announced a $1B funding dedicated to growing the metaverse.

Does the hardware stack up?
The obstacle right now may be more hardware-related because people need to use some physical tech to be able to experience all the metaverse may have to offer.  For example, Facebook has invested in Portal video-calling devices, Oculus headsets and its Horizon virtual reality platform.

But even Mark admits that existing virtual reality headsets are "a bit clunky" and need further improvement.