Neuralink’s MindPong: The Real Innovation is Not the Obvious One 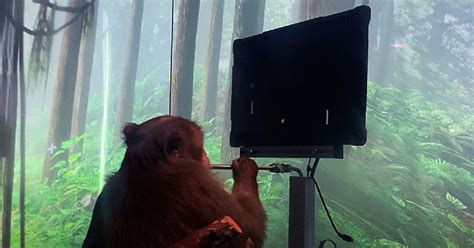 Neuralink, the brain interface company founded by Elon Musk, published a somewhat impressive video in Neuralink’s blog of a monkey playing the old school game Pong with its mind.

What the heck does that even mean?  Well, the video purports to show the monkey controlling the game with only its brain activity as captured by two 1,024 electrode devices called N1 links that were previously implanted in the monkey’s temples.

How does this work?
1. The macaque monkey named Pager learned how to use a joystick to move a cursor to targets on a screen – the quid pro quo was banana smoothie delivered through a straw.

2. The N1 links recorded the monkey’s neuron activity while he played the game with the joystick and then fed that data into a decoder algorithm which predicted the monkey’s joystick moves from his neural data in real time.

The researchers then simply removed the joystick, and hey presto, the monkey was playing the game without the joystick, purely using his neural activity.

The idea of brain control of computers is not new—in fact similar demonstrations have been done as early as 2002, according to Andrew Jackson, Professor of Neural Interfaces at Newcastle University.

The real innovation.
The wow factor in the video comes from the fact that fact that there are no cables coming through the skin to make the interface between computer and monkey.  The signals being sent are being done so wirelessly through Bluetooth.  Getting this to work is not an easy task. Neurons produce a lot of data which can create background activity that makes it hard to send clear signals.

Sounds like a smart strategy for Neuralink since wireless signaling is much safer than putting wires into the body.  And safety is a must for any eventual FDA approval of the device.