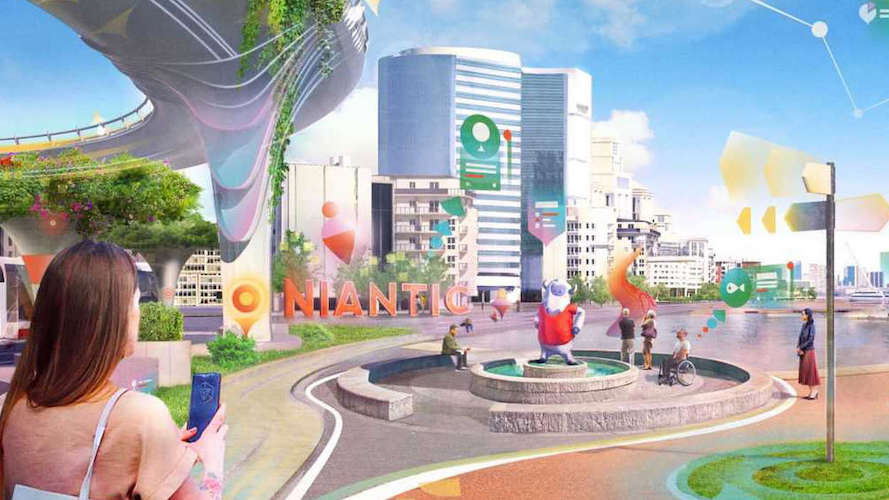 One word, Pokémon.  Quick memory refresher – Niantic Labs is the company that launched the blockbuster game Pokémon Go in 2016 which made everyone obsessed with a vision of a physical world enhanced by Pokémon characters for quite a while.

Dystopian metaverse.  Hanke thinks that the trend of increased time spent online that has been exacerbated by Covid is not a healthy vision for the future, and the problem is that companies like Facebook and Microsoft are basically saying hey great, let’s multiply this 10X with virtual reality.

Ubicomp goes back to the early work done at Xerox PARC and involves computing devices becoming smaller, less obvious and more embedded on your person or in the environment.

So ubicomp is really the opposite of virtual reality with its theory of fully immersive experiences that take you away from reality, and currently, at least, which involve bulky computing equipment like 3D goggles.

Hanke amusingly says of virtual reality, “I don’t need to make a conference room look like a cartoon Tahiti. That doesn’t make it better for me.”